Not to get too wonky bout it, but while there may not be a straight line from Edmund Burke to Donald Trump, the line from Reagan to Trump is undeniable. That matters because there is a concerted effort on the part of mainstream conservatives, traditional media, and professional Republicans to disassociate Trump and all he represents from "conservatism". And it absolutely should not be allowed. The line needs to be drawn in permanent marker between the fundamentals of conservative philosophy and the corruption, incompetence, and authoritarianism of Donald Trump.

Conservatism is Trumpism. It's the logical endpoint of a political philosophy that millions have adhered to in (relative) good faith, many for their entire lives. And lifelong Republicans shouldn't be able to just disown and redefine it because they don't like where it leads.

It's easy to conflate "Republicans" with "conservatives", but I like to think that they - that is, anyone who has claimed either label for the last 40 years - owns the insanity that both words now represent. We vote for people and not ideas. And given the actions and platforms of the Republican party, voting for a Republican is voting for conservatism, with few to no exceptions. Which is voting for Trumpism.

A few other definitions are necessary. Conservatism, with a little nuance, stands for:

One can pick and choose their own definition - and people often do, but those are the big ones touted by conservatives for the last several decades.

Again, not to delve too deep into academic political science or history, the line from these somewhat noble ideas to the logical end point of 2021's conservatism is pretty clear. And they were, at one point, noble(ish) ideas. 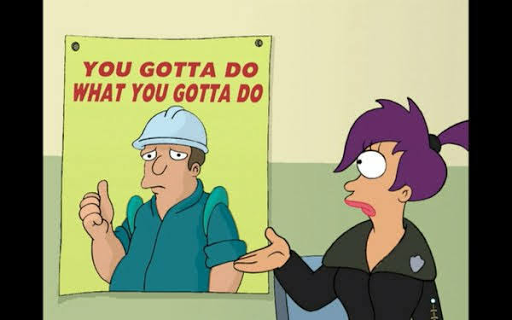 Government is bad and should do as little as possible. That has - via Reagan - era "government is the problem", Gingrich's "contract with America" and Palin's dim "I don't trust Washington politicians" devolved into "institutions are bad" in general. What is the end result of a healthy skepticism of government metastasizing into universal institutional contempt? A former governor of Texas in charge of the Energy department who didn't know that his department managed nuclear weapons. The end result is inchoate rage at the Bureau of Land Management, and a collective shrug at the corruption of the Department of Education. Reagan's "government is the problem" has a logical end point of people trying to solve that problem. And rage is inevitable when the IRS, the EPA, the FDA, and OSHA stubbornly refuse to stop existing.

Alongside this dispositional distrust of public institutions is an almost pathological trust in private institutions. While the government can do nothing right, "the market" can do no wrong. And like a lot of conservative shibboleths, this has proven impervious to reality, even after disastrous market crashes, grotesque inequality, and a pandemic that showed fairly clearly that there are indeed some problems that can't be solved by market competition. What was once a fairly benign proposition - government shouldn't interrupt business and slow it down - has evolved alongside anti - institutionalism into a cult. And it's a cult of convenience - it's not enough to just disagree with a law. Any laws that conservatives don't like are straight up invalid. Unconstitutional. A problem.

And if the "problem" that is having a government refuses to be solved, the only recourse is radical. And gnarly. Dude. 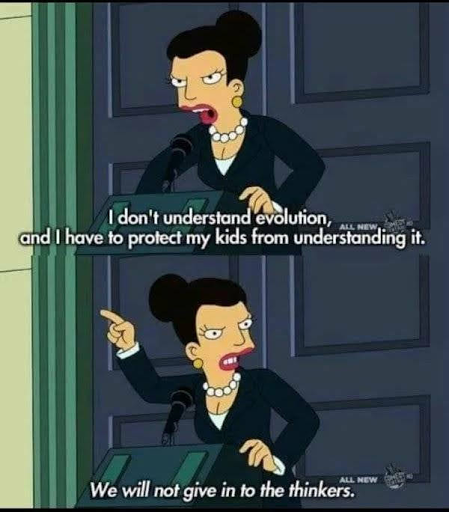 This was always something of a red herring that stood for whatever conservatives wanted it to stand for. Eschewing white supremacy (which is something of a trigger word for them, and a whole other topic), "traditional values" are just the broad attitude of "things used to be better before". When? Always unclear. But again, taking the "let's time travel to an imaginary better place" attitude to its logical conclusion, it was pretty much always code for "I'm terrified of organic cultural changes". And so "traditional values" just devolves into #MAGA.

When William F. Buckley said that conservatism "stands athwart history", he added a lot of intellectual cover to the idea. But again, while there is some merit to a cohort of people trying to maintain traditions in a benign - even beneficial - way, it has devolved into "things need to stay the same, and efforts to change them always makes them worse". What was once a thoughtful approach to deliberate progress is now an insipid internet troll shouting about how kids these days are always, always wrong.

Often on Twitter. In ALL CAPS. With terrible grammar. 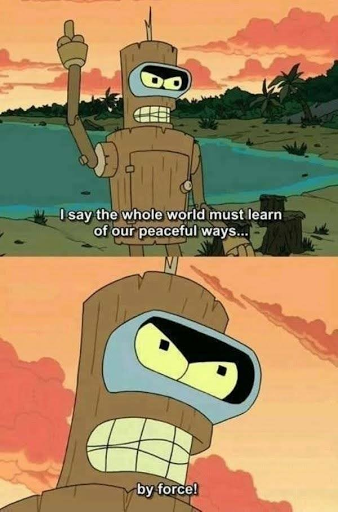 It was always obvious that the "support the troops" mantra of the early 2000's was a precursor to what would become a deeply authoritarian movement. Any objection to our misadventures in Iraq was met with the full force of that ridiculous but powerful slogan. It was jingoistic, and more than a little hollow given that it was (predominantly) Republicans who were so cavalier to send said troops into unnecessary wars. The incident with the Dixie Chicks was crystal clear proof that it was never really about "the troops", but about fealty to an individual. First Bush, then Trump.

"Small government" was always a scam for the benefit of the plutocracy. "Traditional values" were always about the status quo of white supremacy. A "Strong defense" was always about authoritarianism. While there may have been a noble idea behind "conservatism" at one point, it's devolution into Trumpism was as clear as it was inevitable, even if we don't want to use the forbidden but true language and insist on dog whistles.

All of the data points above that make that case are admittedly a little scattershot - there were dozens, if not hundreds of incidents large and small that tie the banal (but somewhat good intentioned) conservatism to the modern version. Ronald Reagan calling Medicare "socialism" in the 1960's rhymes with modern Republicans calling just about everything they don't like "socialism". Newt Gingrich shamelessly attacking Bill Clinton's affair while he himself was cheating on his wife leads inevitably to the hilariously corrupt Trump accusing everyone else of being corrupt. Sarah Palin proved that Republicans would accept gibberish without hesitation as long as the grievances were correctly targeted. And that primed voters for Trump's word salad on everything from toilets to computers.

So what is the REAL Republicans objection to what "conservatism" has come to mean? Why do they keep insisting that it's somehow different than the last four years of misgovernance? That Marjorie Taylor Greene et al aren't a seamless result of their ideology? Trumpservatism is popular with a solid base of their voters, and they'll probably retain a lot of power based solely on reflexive partisanship. The conservative judges that Trump appointed assures that the ideology will live on in terms of policy for decades. The last four years have been conservatism's endgame. So why bail now?

Pretending that the last four years have been about a person and a personality and not an evergreen ideology and worldview allows that worldview's adherents to deflect blame. But it's what millions of conservatives have wanted and have voted for consistently for decades.