We know - pretty much for a fact - that on his way out, President Trump is going to sabotage as much of the executive apparatus as he can in a fit of pique.

We know - pretty much for a fact - that President - Elect Biden's overtures to bipartisanship are going to fail in the face of universal, bad - faith Republican obstruction.

We know - pretty much for a fact - that even given 50 Democratic Senators that the greatest negotiator in the world couldn't get anything resembling progressive policies passed.

We know - pretty much for a fact - that our international relationships have been effectively poisoned top to bottom over the last four years and that will make repair difficult to nearly impossible. We are - probably for a long time - the country that elected and almost re - elected an incompetent fascist. We're not to be trusted with the world's car keys. 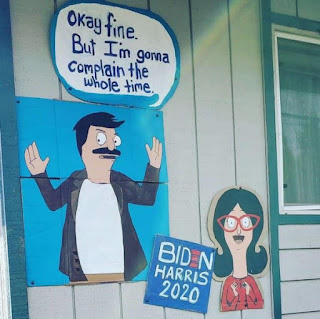 So here's what I can't puzzle out - given that we know these things as much as anyone can know things - why is there an overwhelming feeling that we're not going to learn from them or even think for a second about these predictions when they come true?

Six months from now, some Republican presidential hopeful will say - without shame - that Biden is responsible for the collapse in bipartisan negotiations over something something. They will nod gravely and declare that some discrete executive or international "scandal" is entirely Democrats' fault. They will not be joking when in July of 2021 they say "the Biden presidency is over". And that Republican will be regarded as a serious and thoughtful person and welcomed as such by the majority of our traditional media.

And we KNOW that all of those arguments are in almost hilarious bad faith and require ignoring everything about the last four years. The demented hypocrisy has already started.

So can we deal with it NOW somehow rather than after it happens? 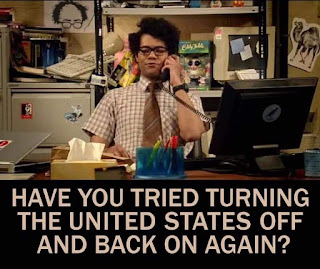 And somewhere out there, one particularly insightful analyst has predicted almost every detail of the next four years. And they've done that all the way down to the date of Marco Rubio's Meet the Press appearance when he declares that Joe Biden is a fake Catholic for saying a swear word in a unguarded moment. But shouting that from the rooftops and having it get retweeted a billion times and simply being RIGHT will - more than likely - have little to no effect on the eventuality of Rubio saying something stupid and cynical. And his losing little to no credibility OR 2022 votes because of it.

Get angry at Nate Silver and MATH all day, but that doesn't change the fact that we have an absolute glut of savvy Cassandras out there who know - within the margin of error - how the next few months and years are going to play out. And enough of them are saying it that their prophecies are almost self - fulfilling.

We want to be hopeful - the drunken bacchanal Saturday just after Biden's official claiming of "President - elect" is proof enough of that. But I had this same thought on election night when states' polls closed and they were immediately called for one candidate or other - too much of our politics is pre - determined. And we should be angrier about that somewhat esoteric fact. Even if no one will listen.

But one would think - at the very least - that knowing what is going to happen would allow for people with actual power, the actual ability to change the preordained future, to do something about it before it happens.