What's stopping her from just... lying? 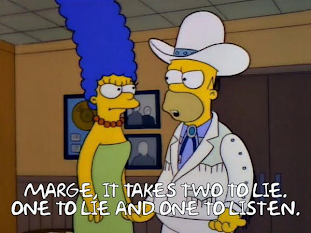 The (short) list of takeaways from the Justice Barrett Senate hearings reveal the following: 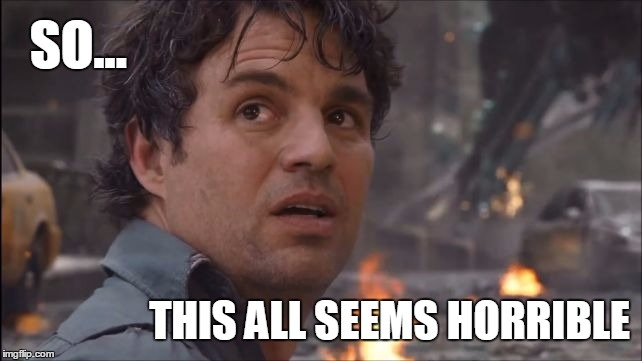 But I haven’t seen anyone argue persuasively that Judge Barrett isn’t smart enough to know that those are “hot button” questions in need of more cohesive responses. They were questions that could have been handled with some fairly simple rhetorical jujitsu.

But between her inability to effectively DO that, and the substance of the answers themselves there is now an extremely easy case to be made just from her (non) answers that she is well outside of the American legal mainstream and shouldn’t sit on the Supreme Court (not that the Democrats are making it). Part of the reason she couldn’t answer the questions could just be hubris - being that Republicans were already ready to confirm her sight unseen, why bother with any kind of substantive answer at all? But another aspect of this nonsense has to be that when Barrett votes to overturn Obergefell in a few years, her testimony on the case in October 2020 will be beyond meaningless. So again, why bother?

A lot of people have written about the awful kabuki of Senate “hearings” for Supreme Court nominees. But what’s truly terrifying is the fact that they aren’t held accountable for ANY of their answers. At all. Ever. One could quite literally give the answer that the questioner - and by proxy, their constituents - want to hear, and say the exact opposite behind closed doors. And then - as easily as breathing - hold an entirely different position over the course of a lifetime appointment.

Judge Barrett could brazenly plagiarize Greta Thunberg while on “the stand” and then turn around and privately assure Sen. John Cornyn behind closed doors that she’s going to totally invalidate any environmental regulations that she has a chance to rule on. Like, totally. Wink. Nod. Nothing stopping her from doing that.

And it’s in her interests - and in the interests of other judicial nominees to do exactly that.

We like to think that ours is a system in which forthrightness, honesty, good faith, and decency will be rewarded. Boy oh boy but did the last three years give the lie to that! But without even stepping into the minefield of impugning Judge Barrett’s character, the incentive system set up around her nomination will reward her for… NOT having those characteristics.

Sure, one can SAY that she’s a decent person all day long, but the fact of the matter is that she’s going to sit on the Supreme Court, likely for the rest of her life because she was deliberately, calculatedly NOT honest or decent in not only accepting a deeply illegitimate nomination, but in clearly, shamelessly misleading in the testimony that is supposed to be a vetting of her fitness for the role.

If you lie, dissemble and can’t answer basic questions in a job interview, you don’t get the job or you get fired. It’s deeply wrong that we have these nine particular jobs that just don’t play by those basic rules. And you can say we deserve better as a country, but we clearly don’t if we haven’t figured out a way not to make judges accountable.

And no, that doesn't mean that we should have judicial elections. Stop being silly.