What if Trump had... done a good job? 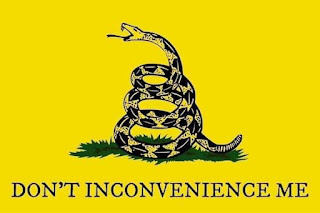 It seems to have gone down the memory hole a bit, but at the very beginning of the pandemic back in March, there was a short burst of the "rally around the flag" effect directed at the Trump administration. They were acting decisively! Fauci! Special task forces! We like task forces!

It lasted about a week, but there isn't much denying that the Trump administration's approval ticked up just a bit because there was a mighty ENEMY in COVID that AMERICA needed to DEFEAT and partisan politics could surely take a break.

But what happened next is history - they started goofing about PPE and masks, refused to negotiate with the Democrats in the House on stimulus, Jared Kushner got involved somehow, and our nation's leading science - doing guys were shown the door. It was an opportunity squandered.

It certainly didn’t have to be that way. And it wasn’t that way 20 years ago.

With hindsight, the period just after 9/11 was terrifying for a lot of reasons, not the least of which was George W. Bush's 90% approval rating. It’s definitely something that scared a lot of civil libertarians. That's a scary, "declaring oneself President - for - Life because Homeland Security" level of approval. It faded, but for a good long while the “we need a leader, any leader” sentiment trumped (pun intended) the “we don’t like this guy” sentiment. Bush left office with somewhere around a 30% approval rating. Plenty of people were ready to support him that didn’t before and wouldn’t later.

Despite the cultish nature of Trump’s support, public approval is not set in stone.

Cut to 2020, and Covid hit around 8 months before the election. Everyone was scared. Mostly about toilet paper shortages, but still scared. We needed a hero. And there certainly could have been a world in which the Trump administration did... an adequate job at controlling the outbreak, managed the economy around it, and led the country by listening to the scientists and encouraging the public to do so as well.

We might wince at the idea now, but in April, the Trump administration could have saved tens of thousands of lives… and been popular for it without sacrificing single conservative base voter.

Alt - histories are as tricky as they are fascinating, but the Trump failure on COVID betrays a staggering incompetence as it would have been SO EASY for them to leverage it into a win.

Even putting aside that they were probably going to ignore inconvenient science, they even failed at public relations. They could have rallied around healthcare workers, promoted “Operation Warp Speed” if only to look busy, and at least pretended to work with companies like Amazon (whose CEO is of course on Trump’s enemies list, so… nah) with the infrastructure to help people stuck in quarantine.

Even now, Sen. Minority leader Schumer’s social media posts a daily update noting that the Trump administration doesn’t have a plan for testing and pandemic mitigation. It may seem like a trite bit of trolling, but it has the benefit of actually being true. There isn’t as of today, a real PLAN to improve the situation beyond just pretending it’s going away. They’re getting hammered when all they had to do was put on a show of being competent, and a not - insignificant number of people would have (maybe!) looked to Trump as a leader.

We talk a lot about policy and personality being key election factors, but we don’t really have much of a metric for what baseline government competence looks like. And that baseline has to include at least trying to appear competent to those not already in your camp. George W. Bush leveraged 9/11 to win re - election 3 years after that galvanizing event. He… wasn’t bright. This isn’t hard stuff. They really are very bad at this.