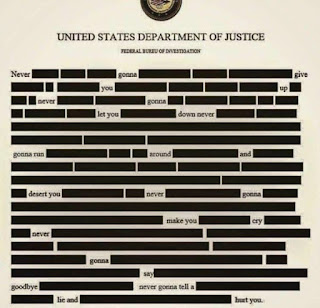 Melania Trump’s leaked phone calls were a small part of the avalanche of the last few days' worth of news, but they shouldn’t go overlooked and under-analyzed.

I'm megaloathe to write about political families in any way, even when they make national news like this. We don't elect politicians' families, and they should be allowed to do what they will with their notoriety, including staying as private as they want to be. I don’t begrudge them using their fame and position to do as they see fit. But we’ve sort of made “First Lady” a semi - official position in our government and the way they utilize tax dollars and their platform matters, even if we often dismiss it as trivia. 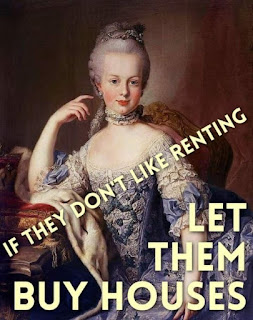 It’s hard to tell - even on listening - if Melania is implying that her trollish actions drive liberals “crazy” or if they are, by nature “crazy”, but the overall implication is clear. Her goal - much to the public’s detriment - is to distract and annoy her husband’s political opposition. That’s what trolling is - a distraction and an annoyance, and this is the first presidency to actively strive for it as a goal unto itself.

You don’t see it discussed a whole lot in traditional media for a variety of reasons - no one wants to admit it, and it’s almost a tacit admission of failure - but news consumers have a limited bandwidth for stories. Our news holes can only get so full.

Much has been made the last three years how one story is a distraction that pulls eyeballs from another. The president’s own words have been damning on the topic - his absolving the Saudis of blame for the murder of Jamal Kashoggi was - in his own words - a deflection from his daughter’s use of a private Email server for official business. Put Melania’s “official” acts in that context - from her wearing a grotesque coat to a refugee camp that her husband created to sterilizing the White House gardens, and the strategy of distraction via trolling - as blunt and inelegant as it is - becomes apparent.

A lot of this is old hat - the GOP is essentially a professional trolling operation at this point. But the fact that their operation includes what should be the relatively human interest and positive PR focused role of First Lady betrays that it’s a mentality, not a strategy. The goal - the primary goal - is to inflict harm. To “drive us crazy”.

Any concern they might have for Americans beyond that central goal is purely coincidental. 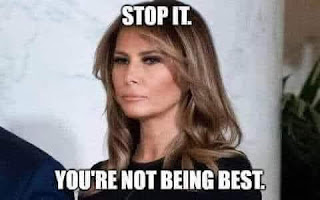