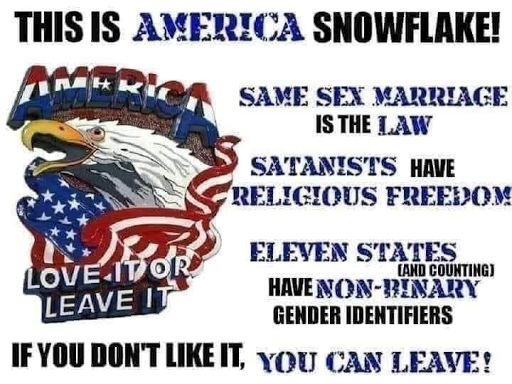 It’s worth taking a step back for a moment to appreciate the sheer number and power of the cultural forces arranged against the Republican party at present.

At the top of course, is almost all entertainers, including high profile film and television stars. You have musicians - most of whom at this point have asked Trump to stop playing their songs. Then sports stars - and with few high profile exceptions, all are either openly “liberal - ish” activists kneeling in support of BLM or keeping quiet so as not to lose fans (don’t worry, we still see you, Mr. Bundechen!). Most high - profile CEOs are either proud activists, devoutly focused on issues relevant to their industry, or just keeping their tax cuts to themselves and not trying to attract too much attention. Public relations are nice, but profits are more important, after all.

And yes, one can even throw in a lot of the mainstream “news” media in there as well - the majority of which are not exactly the Republican demographic - they’re (over) educated, diverse, and cosmopolitan as individuals, even if a lot of what they produce is at the whim of multi-billion dollar corporations - which are still Republican strongholds. As much as conservatives still like to whine about “liberal media”, we have a corporate media that relies upon the talents of individuals who are mostly progressive. But that’s another essay.

So it should be said that Republicans… have something of a point (!) with their seemingly hyperbolic rhetoric when they say that a Biden victory will mean the “destruction of American greatness”. There’s a massive degree to which they’ve hopelessly lost the war, culturally speaking. They’ve just... lost badly on myriad fronts in the broader culture wars, and they don’t seem to be making much effort to win back those that they have lost. There’s just further entrenchment in fantasy and anachronism.

While it may seem like a trend to be “woke” at present, and culture tends to wax and wane, there’s progress that’s been happening over the last decade that will be nearly impossible to undo. Women aren’t going back to the kitchen and LGBTQ+ people aren’t going back in the closet. Muslim people will win more seats - not fewer, in various legislatures - and immigrants, and the children of immigrants are going to become more and more “normal”. The population is going to look more and more like Mark Dacascos (Born in Hawaii with Chinese, Filipino and Spanish ancestry - interesting dude, you know who he is), and less like Mike Pence. Progress has been slow, but our mainstream media will likely only grow more diverse, pluralist, and progressive and not reflect - at all - the “conservative” America that so many people want reality to be.

There really is no going backwards with any of that.

So it’s worth taking a moment to be just a bit sympathetic to Republicans - the world really does seem aligned against them in a lot of ways, and it requires a tremendous amount of fortitude to ignore not only the wider world, but an almost omnipresent popular culture that paints them as villains.

That’s a big part of what we’re dealing with - their cultural isolation is a piece of their epistemic closure, their conspiracy - mongering, and their braggadocio when it comes to their Trump support. They’re effectively being shut out of - and shutting themselves out of - the broader culture because they don’t see themselves as reflected in it. And just like the protagonist in (yes) JOKER, there is a backlash going on to that phenomenon.

At least, they could be sympathetic villains if they weren’t gleefully trying to harm as many people as possible.