Imma Sit This One Out

There’s an anti - Biden ad that I’ve seen on the regular that’s as lazy - and as simple - as political ads get. It’s an hilariously out of context clip from a Biden speech that is simply “your taxes are going to get raised, not cut”. It’s cheap, it’s lazy, it’s reductive, and it’s probably an effective message for millions of Americans.

And that’s because the sad fact about our collective political focus being dominated by national political fights is that national politics doesn’t actually affect millions of people’s lives in a practical sense. Yes, millions are affected by things like mortgage interest deductions, flood insurance, healthcare regulation, and federal laws and court decisions set huge precedents that affect our state and local governments. That @#$% rolls downhill in a big way. Informed people mostly get that.

But millions of people don’t know someone who has suffered from COVID, let alone died from it. Millions of people aren’t concerned with - or don’t care about - rollbacks of civil and women’s rights. They’ve never been attacked by an unaccountable police force. They’re not immigrants. The weather may get weird in their neighborhood, but the “climate” is a global thing and not their problem right now. Trump beclowning himself regularly on sterile foreign policy and trade issues doesn’t really mean all that much. At least not immediately. Right now.

And the end result of that collective apathy and disconnection is a serious handicap for any political party that wants to actually govern. Not just rule, mind you - but govern.

Forget about the anachronistic Electoral College, forget about gerrymandering, forget for a second about the absurdly anti - democratic US Senate. For millions of people, if the exchange is them having to pay slightly more money to a government that they don’t think they use and certainly isn’t responsive to them, or being left alone and allowing plutocratic interests utterly exploit the money that they DO pay, they will choose the latter every time.

Or they - for the most part, won’t participate at all. 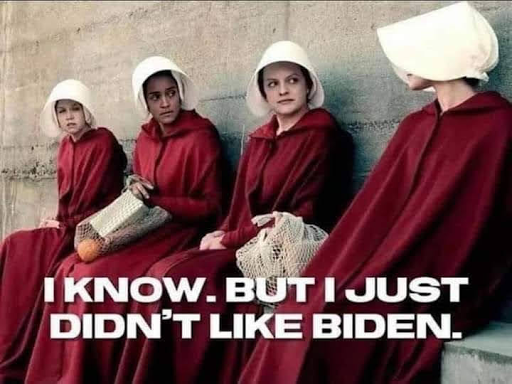 That's the biggest hurdle between us and a more representative and progressive government - the millions upon millions of our fellow citizens who simply cannot make the connection between their vote, how popular media covers politics, and their interactions with government - mostly in terms of their taxes and where they go.

So when Republicans run a misleading, dopey, simple, 15 - second advertisement with the only message that Joe Biden = tax increases, a whole lot of people will resolve to sit things out, even with fires, floods, viruses, and nascent American - branded fascism tearing things apart. And those people are not - dispositionally - sociopaths. Republicans have cornered the market on that vote. But until Democrats can square that circle - engaging the disengaged and privileged who are triggered by the very idea of a tax increase and don’t feel that they’re functionally getting what they pay for with their government, it will always be a frantic rally to get people to the polls that Republicans don’t have to spend nearly as much time and energy on.

All they need is a 15 - second ad made by a high schooler.

I’m not naive enough to think that all that’s needed is a progressive - enough message, or exciting enough candidates, or anything truly “radical” at all. If the solution to this problem were easy, someone would have solved it by now. But what’s for sure is that Republican policies, from their authoritarianism, to their ignoring science, to their embrace of plutocracy, are deeply unpopular, and will continue to hurt people. Even in the best - case scenario where they get some of what they want - things are going to get worse. And - this observation comes from a place of massive privilege - they need to get worse in order for 100 million people to snap out of their fugue state and help make things better.