We Don't Really Listen to "The Left" 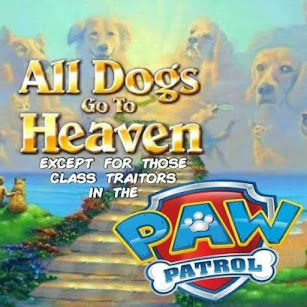 There has been no small amount of cringing and eye - rolling among liberals at the idea that the Biden / Harris ticket is somehow in thrall to a “radical left”.

The left generally does this guilt by association tactic with mostly “nut - picking” - taking extreme outlier Republicans like Arpaio, Gohmert, or Perkins, and then occasionally trying to tie them back to the mainstream GOP. The right is a little more focused on this tactic though, and deploys it constantly. Everyone who is not a Trump supporter is a socialist, don’tcha know? Guilt by association for the right requires only the most tenuous association to tie two politicians inexorably together, but really, both sides do it with varying degrees of effectiveness, even when it doesn’t make any sense at all.

There are a lot of problems with this.

First, there are no restrictions on claiming a party label, and if our representatives had to “denounce” or “embrace” every extremist that claims the same label, that would be all that they’d do, all day, every day. But we’ve got this weird sort of gravity that makes every politician with a letter after their name is kinda sorta responsible for every other individual with the same letter after their name, regardless of how far apart they may be. And that distance applies geographically as well. It would be downright odd if a moderate congressperson from Texas agreed every time with a liberal Massachusetts Senator - that’s kind of the nature of the system.

So that mechanism that ties together disparate party members gets a little silly when trying to paint a lifelong moderate from Delaware as a leftist extremist.

It should also be noted that the current overton window has so dramatically shifted to the right that it’s almost goofy to assign any Democrat the label of “leftist”, much to the chagrin of those that want to paint Ocasio - Cortez as the second coming of Karl Marx. There are leftists out there, but they play exactly zero role in our discourse. There is no serious call to nationalize the internet, the airlines, or the pharmaceutical market. And those (and so many others) aren’t ideas that are easily tied to what we think of as “Democrats”. While there’s always a struggle to be “leftier - than - thou” among a lot of Democrats, actual socialists are embarrassed by Biden’s lack of support for Medicare for all AND they’re ALSO embarrassed by Sander’s MFA plan as even that doesn’t go far enough.

This means that accusations from the right that moderate Democrats are extreme stick far better than the left’s more ad hoc nutpicking strategy - the idea that there is a democrat that is further to the left than Bernie Sanders is just unthinkable. Unreal. So the association with him sticks, along with the “socialist” label.  Labeling everyone to the left of Joe Biden a “socialist” works because there are no actual bearded Marxists pounding tables in polite society demanding nationalization of all the things. Bernie is as far as most people can countenance.

But the strategy more broadly - painting someone as “extreme” regardless of the details, is effective at all only because the average American voter thinks of themselves as moderates in one sense or other, myself included. No one wants to go too far - to be seen as an activist, an outlier, an “extremist”. Such labels are dangerous - deviant, even.

And that’s the fundamentally “conservative” mentality that conservatives have been so successful at taking advantage of - no one really wants to be in an “out” group on any level.